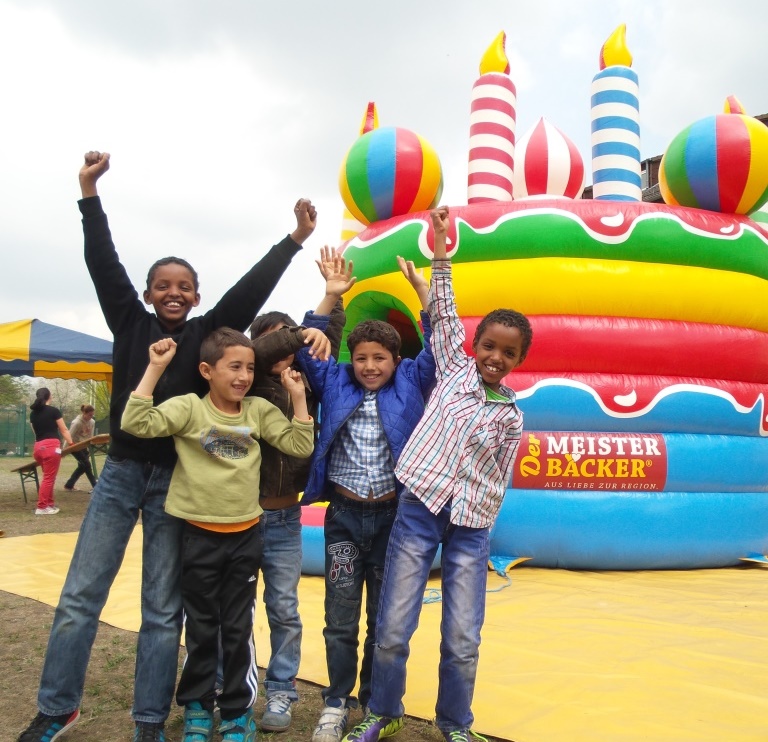 Kids and grown ups enjoy the Kids Festival in EAE

There were many exited faces, when the People from „Das kunterbunte Kinderzelt.eV.“ started to built up the inflatable playgrounds on 14th April. About an hour later two big colorful bouncy castles were set on the ground and the children cheered. Parents watched their kids playing while enjoying some Popcorn and sitting together in the sunny afternoon for a chat. Balloon figures and funny helmets were very popular among kids and teens and even among the grown ups.

The social workers, who planned the event together with the team of „Das 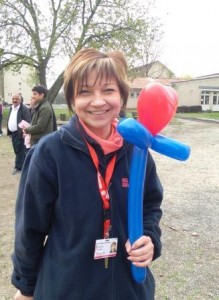 Balloon figures are very popular among kids and grown ups 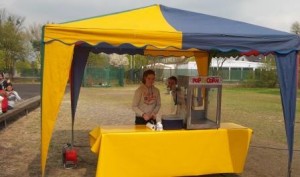